Set within the beautiful grounds of a Grade 1 listed mansion, Sundridge Park Golf Club (Formed 1901) is located in Bromley, Kent, just seven miles from the City of London.

Being in such a prominent location, the Club, and the land it lies on, is surrounded by history with the name 'Sundridge' first appearing as a locality in an Anglo-Saxon Charter dated AD 987.

For centuries the land and mansion house passed through generations of families, who bought and sold it for various uses. From the perspective of the golf club, the critical moment came in 1792 when the property was purchased by Mr. Edward Lind who employed Humphrey Repton, one of the leading landscape architects of his time, to make recommendations for improving the estate. Repton produced one of his famous Red Books (1793) and recommended changes to the landscape and that the existing mansion be demolished. Lind decided that he could not afford to do this and sold the estate to Sir Claude Scott in 1796 for £16,000.

Sir Claude immediately pulled the old house down and rebuilt the present mansion (1801) for his own residence. Various generations of the Scott family used the mansion as their home.

The estate was owned by Sir Edward Scott from 1869 to his death in 1883. He was well known as a breeder of pheasants and he often invited the Prince of Wales – later King Edward VII -to Sundridge Park for weekend shoots. The estate passed to Sir Samuel Scott in 1883. In the summer of 1901, with the mansion empty and the estate being sold for development, a dozen far seeing Bromley men conceived the idea of a golf club for their town. Sir Samuel offered a 21 year lease of 125 acres of land (now the West Course) on very favourable terms...and the rest, as they say, is history............

‘The First One Hundred Years of Sundridge Park Golf’ written by Mr Alan Bellinger is an extensively illustrated book setting out the history of the Sundridge Estate and the Club up to its Centenary year in 2001.   Read More………

But for a potted history……..

14th September 1901: ‘Proposed Golf Club near Sundridge Park, Bromley, Kent’ giving the names of a Provisional Committee. The Committee invited those circulated to find the sum of £4,500 by taking debentures of £100, each at 4% interest and membership of the Club.

12th October 1901: Committee Meeting was held it was declared that ‘Sundridge Park Golf Club be and is hereby formed’. Sir Samuel Scott was appointed President.

31st May 1902: Informal drive-in attended by a few members after which the course was in play.

25th April 1903: The official opening of the courses attended by the Prime Minister AJ Balfour, Sir Samuel Scott, the Mayor of Bromley, Colonel Frank Griffiths, and other VIPs. Alex Herd, the Open Champion, and James Braid played an 18-hole match in the morning.

1907: Elmstead Woods Golf Club formed. A 9-hole course based around the mansion, which was now a hotel.

1914-18: During the Great War the club stayed open but on a much reduced programme. Membership was much reduced with 70 men on active service and 36 ladies resigned to take up nursing or other war work. The ladies 9-hole course was closed and used as grazing for cattle. By the end of the war the club was struggling financially.

1928: Discussions took place between SPGC and Elmstead Woods with a view to a merger. Sir Samuel wanted to sell the estate and was agreeable to give the merged club a 42 year lease at £550 per annum for the land needed for the new course. However, he wanted to develop land north of New Street Hill including 7 holes of the West Course.

1928: SPGC Member and England International, John Beck, was awarded the Military Cross in 1918 aged just 19. He played in the 1928 Walker Cup but is best remembered for being Walker Cup captain in 1938, when Great Britain and Ireland won the Cup for the first time after nine defeats. He was also the non-playing captain in 1947, and in 1957 he was elected Captain of the R&A. Clearly, he was a truly remarkable member of Sundridge Park Golf Club.

1929: The merger was finalised and work began on the new (East) course. During construction play was only available on the 11 remaining holes of the old course. Further land was required for the reconstruction of the West and an additional lease at no extra rent was secured for 50 years from 1930. The ladies had given up their 9-hole course.

18th April 1931: East course formally opened with a 36 hole match between Henry Cotton and Abe Mitchell who had finished 4th in the 1920 Open. Cotton won 7 and 6.

20th May 1933: The reconstructed West course was opened with an exhibition match between Ryder Cup players Percy Allis and Alf Padgham who won 4 and 3. After the match Padgham was approached to see if he would become the Club Professional at SPGC.

1935: OJT Llewellyn won the President’s Grand Aggregate Shield (best scratch scores in competitions over the summer) for the 10th successive year and his 12th overall.

1937: Randall was in poor health and retired but died shortly afterwards after 37 years’ service. Padgham selected for Ryder Cup team for 3rd time.

July 1939: Around 2000 spectators follow challenge match on the East Course between Bobby Locke and Alf Padgham which Locke won 2 up. This was follow by a foursome between Padgham and, 5 times Open Champion, James Braid against Locke and, 71 year old, Alec Herd another former Open Champion.

1939: Outbreak of Second World War.  Anti-aircraft guns were positioned on both courses in late 1939 and various access roads and shelters were built. The Home Guard set up an observation post in the Clubhouse.

21st February 1943: The death was announced of Sir Samuel Scott who had been Club President for over 40 years.

1944-45: More bombs fell on the course culminating with a V2 close to the 1st tee East causing significant clubhouse damage.

1946: With the West Course closed and overgrown and with flooding on the East, with limited machinery, green staff, artisans and members worked flat out to return the club to some form of normality.

1953: West Course fully open restoring our position as almost the only 36-hole golf club within easy reach of central London.

1957: Bob Bett, who was an International and had been County and Club Champion, was elected Captain. The Southern Professional Championship and News of the World Qualifier was held on East Course. Geoff Darlington won Kent Amateur Championship and is appointed County Captain. Prime Minister Harold Macmillan the Bromley MP elected Life Member.

1960: The mansion was offered for sale by auction but failed to make the reserve price of £25,000. It was eventually bought by Ernest Butten founder of PA Consultants.

1961: The Martini Tournament was held on the East Course.

1963: Butten announced his objective to have a British winner of the Open and US Open. At the time Max Faulkner in 1951 was the last to have won the Open and there had been no British winner of the US Open since 1927. His plan was to have a group of promising young professionals based in the mansion. The club agreed to open up the 2 old holes in Rockpit Wood for their exclusive use. The group became known as the Butten Boys and included Tommy Horton and Brian Barnes.

1964: With Alf Padgham’s health failing, George Will was appointed as only the 3rd professional in over 60 years. Will played in The Ryder Cup in 1963, 1965 and 1967 and in the Open 13 times between 1957 and 1971 thus maintaining the extremely high standard of SPGC professionals.

1974: The cricket ground owned by Carn Brae became available and the club purchased 12 acres for £20,000. This is now the driving range and short play area.

1975: The Waterford Trophy Open Tournament started as a 36-hole Amateur Scratch Competition. It is now a 72-hole competition played over both courses and is an England Order of Merit and World Amateur ranking event.

1976: After 5 years of negotiation the club agreed to purchase the land of both courses for £200,000. To cover costs, it was decided to raise £225,000 by asking each full member to loan the club £300 interest free. Those members became Founder Members. By the end of the year the purchase of our courses was achieved and Sundridge Park Golf Club Limited was formed.

1986: At the end of 1985 George Will resigned after 21 years and Bob Cameron was engaged as the Professional.

1993-97: R&A select the East Course for Regional Qualifying for the Open.

2003: Bob Cameron retired as professional and was succeeded by Stuart Dowsett making him only the fifth club pro in 102 years. Bob joined the European Seniors Tour and between 2003 and 2016, he earned over 1.3 million euros in prize money with 2 wins, 5 seconds and over 50 top 10 finishes. He was a former two-time winner of the prestigious Glenmuir Club Professionals’ Championship and a member of five Great Britain & Ireland PGA Cup teams.

2008: The ladies win The Mail on Sunday Team Classic; being the biggest team event in the world with over 2000 entries. The finals were held at El Rompido in Spain.

2011: Covered driving range opened on Carn Brae as well as a large club and trolley by the clubhouse.

2012: The ladies team repeat their victory of The Mail on Sunday Team Classic and SPGC become the first club to have won the competition more than once. The finals were again held at El Rompido.

2016-17: Turf-Dry greens drainage system installed and bunker liner and drainage works completed on all holes on the West Course.

2017: Member Alfie Plant wins the Silver Medal as the leading amateur at the 2017 Open Championship held at Royal Birkdale. Following Alf Padgham’s win in 1936, Sundridge Park is believed to be the only club in the world to have produced an Open Champion and the Leading Amateur golfer at The Open.

2018: The club undertook a major refurbishment program to the clubhouse interior and constructed a new terrace at a total cost of £900,000 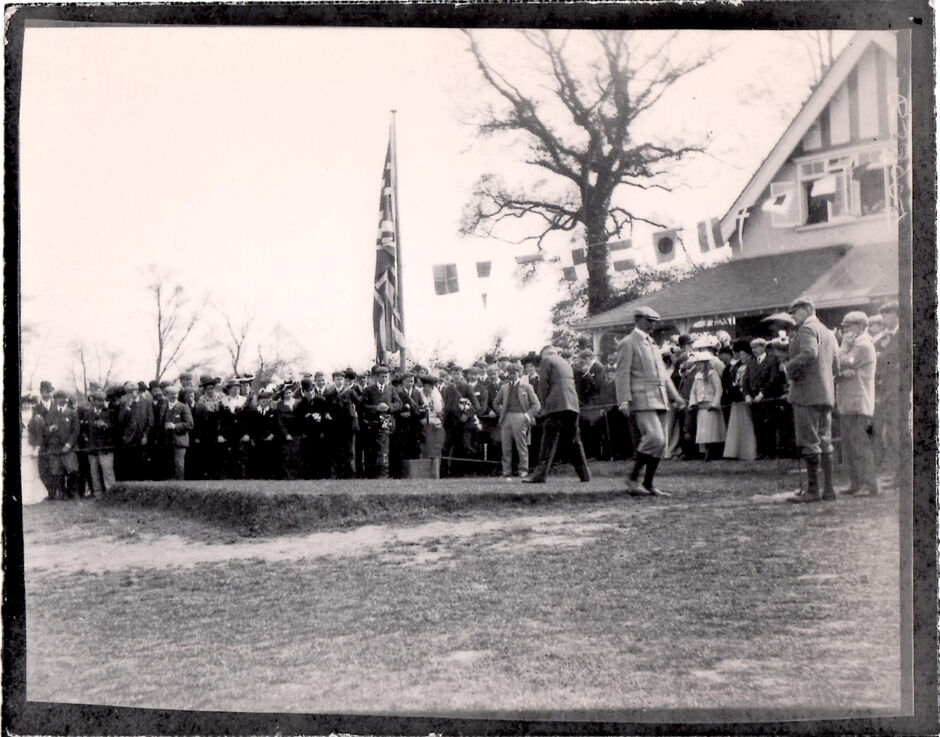 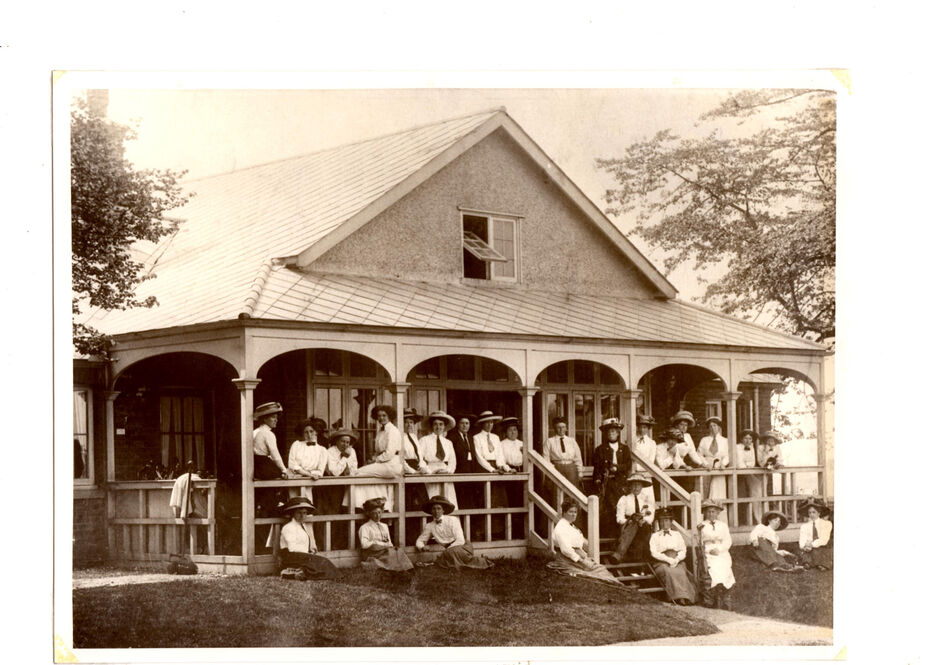 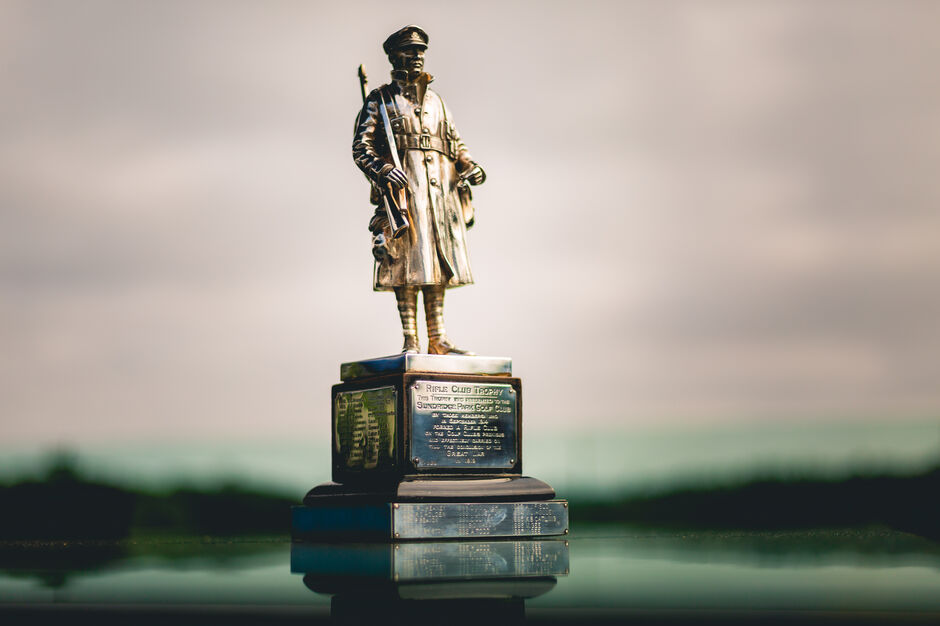 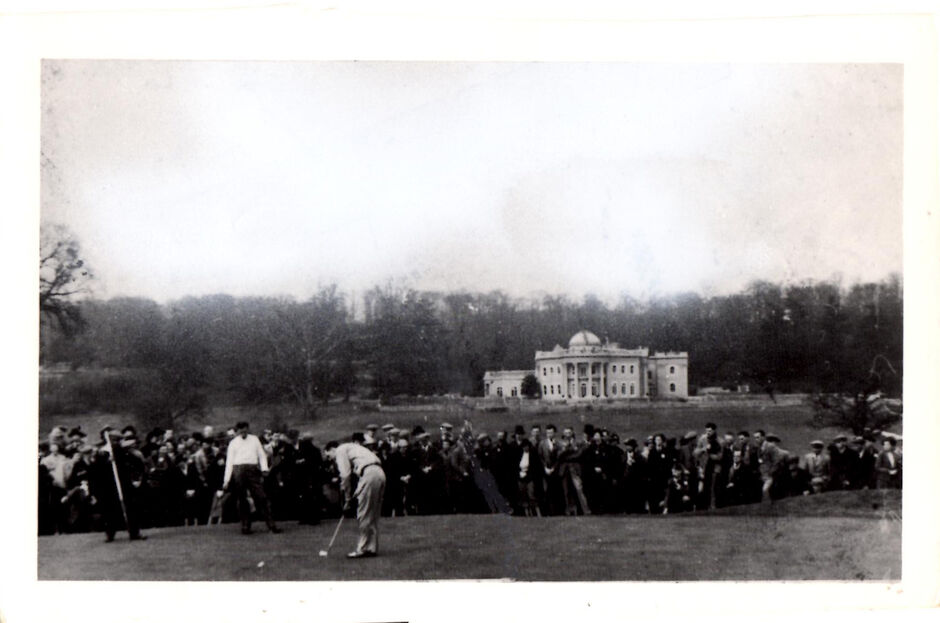 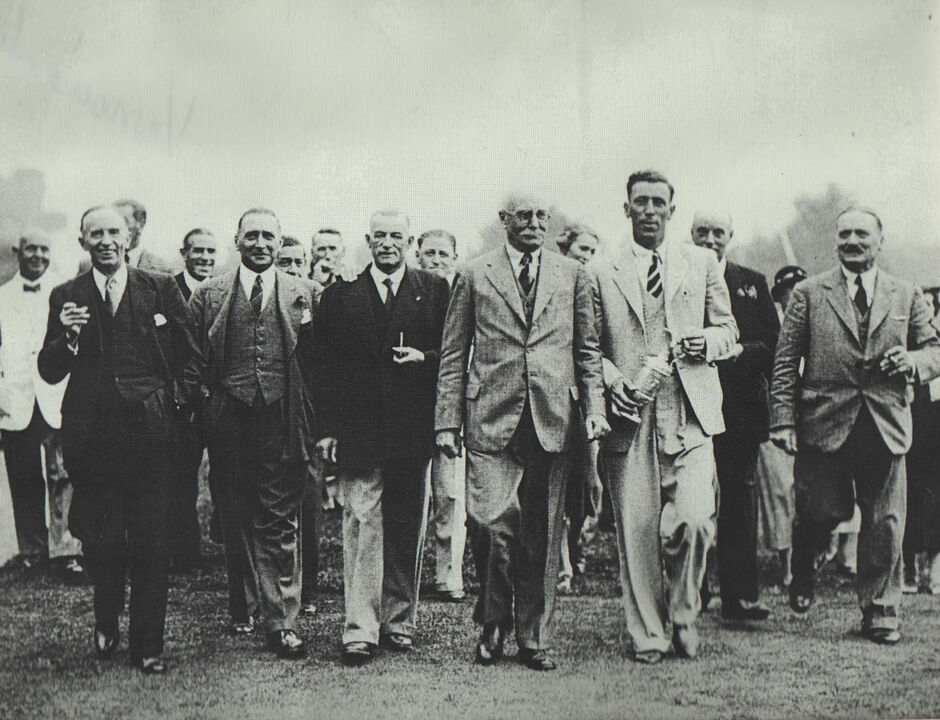 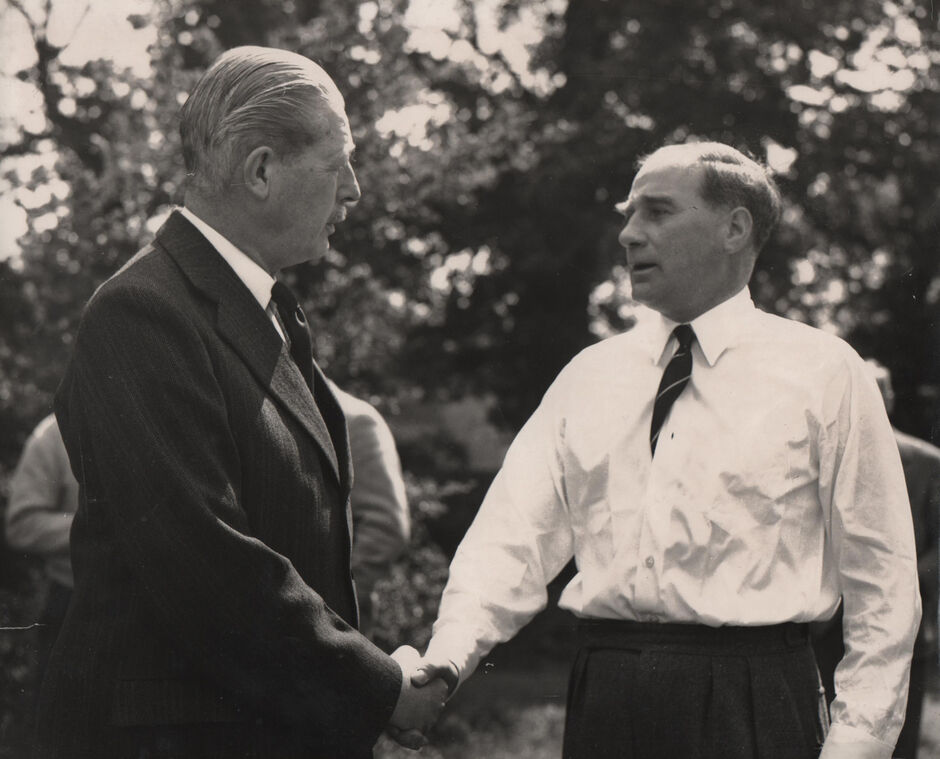 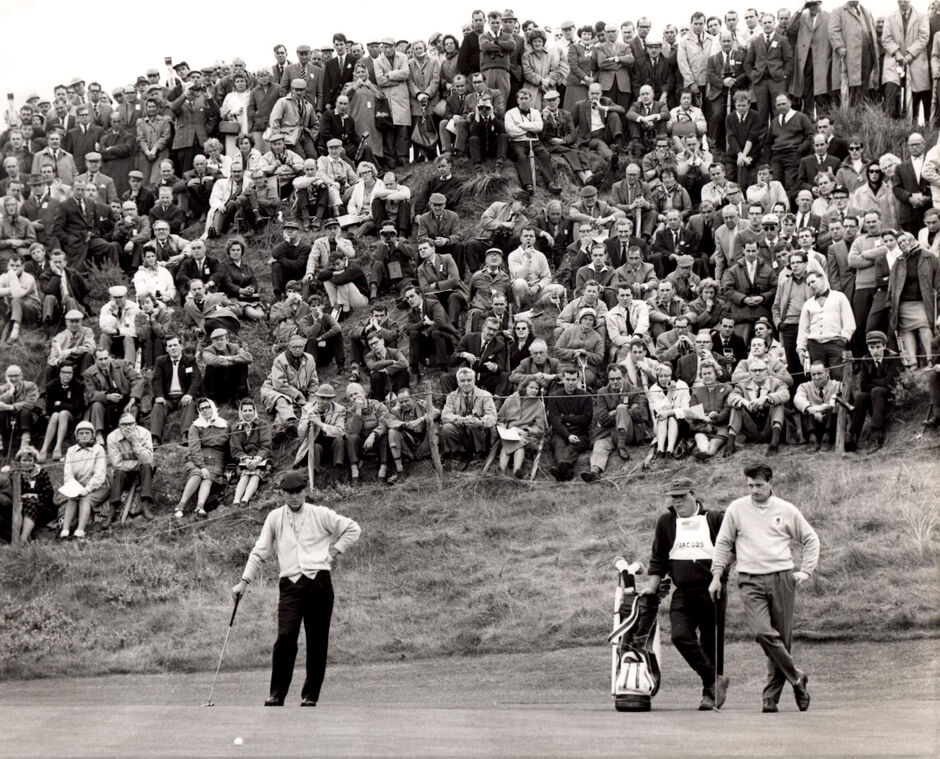 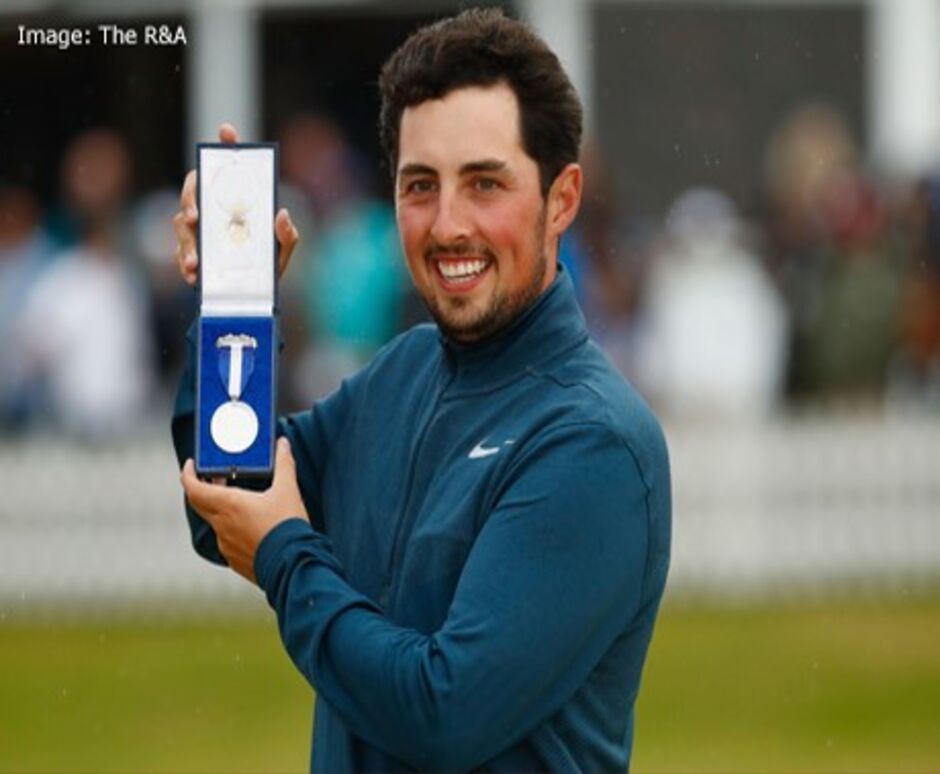