Steve Smith ‘drove-in’ as Captain last September and through various fundraising activities during his year a staggering total of £40,136.00 has been raised for Demelza Children’s Hospice…...the largest single donation from a golf club the charity has ever received.

And how was such an amount raised?

In June, Steve undertook a sponsored challenge to play 72 holes of golf in one day…. that’s over 320 shots and 20 miles walk, uphill and down, and with a set of golf clubs on his back! In the end he went on to complete a remarkable 90 holes. Then there was his Captains Charity Day when Club members dug deep to show tremendous support for the raffle and auction. Other donations came in throughout the year, not least of all from sales of the cuddly Demelza teddies at Christmas.

Francesca Starkie from Demelza visited Sundridge Park to receive the cheque from Club Captain Steve, and to thank him and all the Members for their magnificent support. 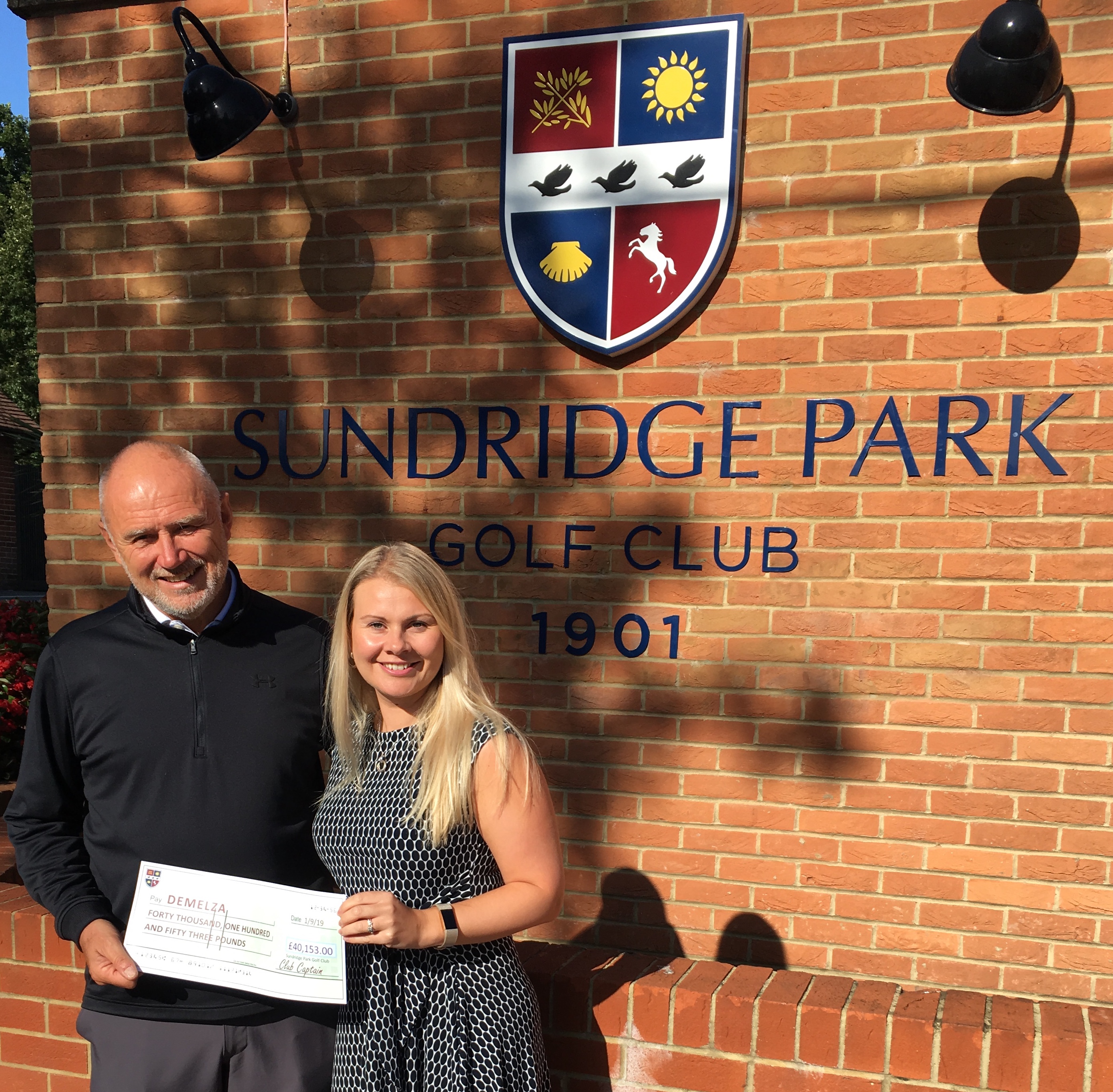